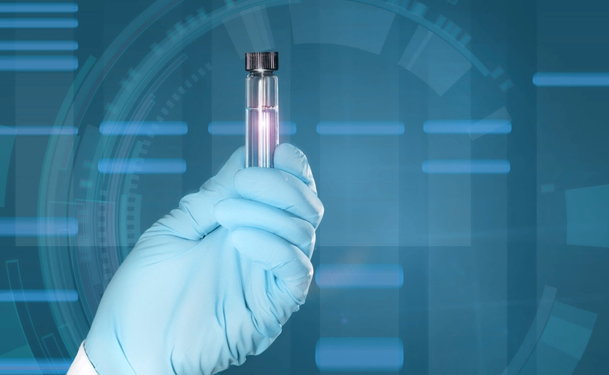 Vasalgel is a reversible male contraceptive that is injected into the vas deferens in order to to block sperm from being ejaculated with the semen. It is non-hormonal, which means it will not affect other parts of the body. It is also long-lasting.

This birth control method is still under development by Parsemus Foundation. Vasalgel has been tested in a small number of rabbits. Researchers found that sperm stopped showing up in the semen as soon as 29 days after injection. The rabbit’s semen was still sperm-free at the end of the 12-month study.

Women have many contraceptive methods available to them, including birth control pills, implants, injections, IUDs, female condoms and sterilization.

Men have far fewer options when it comes to preventing pregnancy. The two main ones are condoms and vasectomies.

Condoms can protect men and their partner from sexually-transmitted infections. However, in real life they only prevent pregnancy about 82 percent of the time. Vasectomies are very effective, but it is considered a permanent form of birth control.

Vasalgel would offer men a long-acting reversible contraceptive. After injection of the gel, men would be able to have sex without worrying about pregnancy. When they are ready to father a child, they would be able to easily regain their fertility.

Vasalgel is what is called a polymer hydrogel. It is similar to RISUG®, another kind of polymer gel, but they are different compounds.

When Vasalgel is injected into the vas deferens—the tube that carries sperm from the testicles—the sperm are blocked from continuing on. This is similar to how a no-scalpel vasectomy procedure works, except the vas deferens is not cut.

Vasalgel works by blocking the vas deferens, so it does not affect a man’s ejaculation or orgasm. Researchers posit that the fluid part of semen is still allowed to pass through the gel, while the sperm are blocked or filtered out. This means that semen is still released during ejaculation, except there are no sperm in it.

If a man wants to regain his fertility, the Vasalgel can be flushed from the vas deferens using a solution of sodium bicarbonate, the same substance found in baking soda.

When can I get vasalgel?

Vasalgel is still under development. It needs to undergo additional animal and safety testing. This will be followed by clinical trials in men to see if it works effectively and is safe. More research is also needed to know if Vasalgel can be reversed in men.

Because Vasalgel is not on the market yet, there is no determined price. The Parsemus Foundation hopes to keep the product affordable. If it is approved for use, health insurance plans may cover it, just as they do vasectomies.

The Parsemus Foundation plans on starting clinical trials on people in 2016 and hopes to have the product available by 2018. This, of course, depends on whether the clinical trials are successful and if the FDA approves the product for use in the United States.