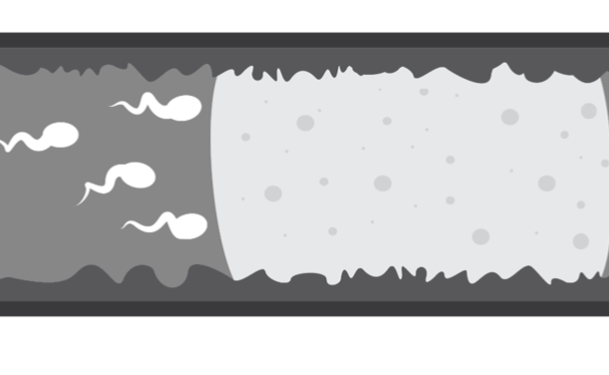 A recent University of Virginia graduate by the name Kevin Eisenfrats created the Echo-V, a non-surgical, temporary form of male birth control that is still under development by Contraline, LLC (co-founded by Eisenfrats in 2015). It uses a solution that is injected into the vas deferens and becomes a gel that can block sperm. The effect lasts for years, but is reversible.

Echo-V is a polymer solution that is injected into the vas deferens, the tube that carries sperm from the testicles. After it has been injected, the solution forms a gel that blocks sperm.

Unlike female contraception and other male contraceptives that are under development, this compound does not use hormones. That means that Echo-V will not affect other areas of the body.

Echo-V is designed as a long-term form of birth control. However, if a man should later decide that he wants to father a child, the gel can be dissolved and flushed out using another solution. This would restore his fertility.

Unlike a vasectomy which requires the vas deferens to be exposed through an incision in the skin, Echo-V can be injected through the skin non-surgically--sans incisions or sutures.

A doctor locates the hollow center of the vas deferens using an ultrasound. The Echo-V solution is then injected through the skin. Overall, the procedure is expected to take less than five minutes.

This solution can be seen on an ultrasound image, so the clinician can be sure that the gel formed a complete blockage in the right location. This also allows doctor to monitor the gel during follow-up appointments.

The reversal process is done by injecting another solution into the vas deferens. This causes the Echo-V gel to break down so it can be flushed out. It is much simpler and less expensive than reversing a vasectomy.

Is there a demand for birth control gel?

Women have many birth control options available to them, such as hormonal birth control pills, injections or implants, IUD, vaginal ring, female condom and female sterilization.

Men, on the other hand, only have two effective options—vasectomy and condoms. In real life, condoms are only effective about 82 percent of the time. Vasectomy is very effective, but it is considered a permanent form of birth control.

Some surveys have found that many men are interested in other forms of male birth control. Scientists are trying to develop a hormonal form of male contraceptive, similar to the female “pill”, but this would have side effects on other parts of the body.

Echo-V would provide a non-hormonal alternative that would avoid those side effects. It would also avoid many of the complications of vasectomy, such as the need for an incision and the difficulty in reversing it. Reversing Echo-V would also be much simpler and cheaper than a vasectomy reversal.