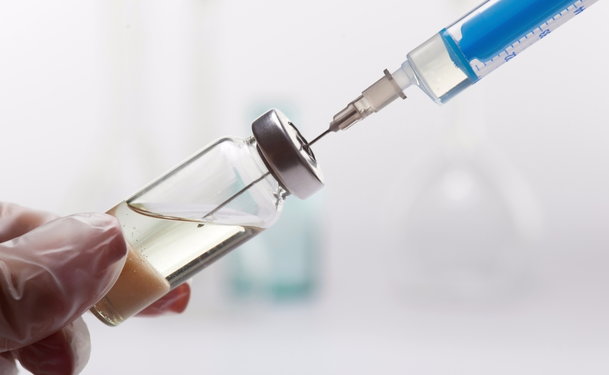 RISUG®, which stands for Reversible Inhibition of Sperm Under Guidance, is a reversible form of male birth control. It prevents pregnancy by causing the sperm to break apart in the vas deferens.

RISUG was developed in India by a group of researchers. In the 1970s they noticed that when they sprayed a polymer gel called styrene maleic anhydride inside water pipes, it killed bacteria. They think it works because of a difference in electrical charge between the polymer and the bacteria. The microbes are basically torn apart when they pass by the polymer.

The researchers thought a similar approach might work to destroy sperm cells in the vas deferens, the tube that carries sperm from the testicles. So they tested the compound on rats. When they injected it into the rats’ vas deferens, the sperm were destroyed in the same way as the bacteria in the pipes. After that, they tested this procedure in rhesus monkeys, with similar results.

The compound was later found to work in men, too. When the polymer is injected into the vas deferens, it becomes a solid and sticks to the walls of this tube. Unlike Vasalgel, another injectable polymer, RISUG doesn’t completely block the vas deferens.

However, as the sperm pass through the vas deferens, the positive charge on the RISUG polymer causes the sperm cells to break apart. These pieces still show up in the ejaculated semen, but they cannot fertilize an egg.

The effects of the procedure last for eight to 10 years. If a man decides that he wants to become fertile before then, the procedure can be reversed. This is done by injecting a solution of sodium bicarbonate—the same substance found in baking soda—into the vas deferens. This causes the polymer to dissolve, which allows sperm to pass safely through the vas deferens again.

RISUG has undergone several clinical trials in men in India. This testing is needed to make sure that the procedure works and is safe. Until these studies are finished, RISUG will not be available. Even if the compound is approved for use in India, it would still need to be approved by the FDA before it could be marketed in the United States.

In the studies that have been done so far, RISUG appears to be 100 percent effective when injected at the proper dose. It has also been shown to be reversible and safe. Estimates of its cost suggest that it would be much cheaper than a vasectomy.

Why a gel injection?

Women have many options when it comes to birth control. There are several types of hormonal birth control pills, implants and injections. Women can also use an IUD or the female condom. Having their tubes tied is also an option. Several of these methods are reversible, which means that when women want to become pregnant, they can easily stop their birth control.

RISUG, and other injectable gels, would provide men with an effective, non-hormonal, reversible birth control method. This would allow men to prevent pregnancy until they decided that they wanted to have a child.