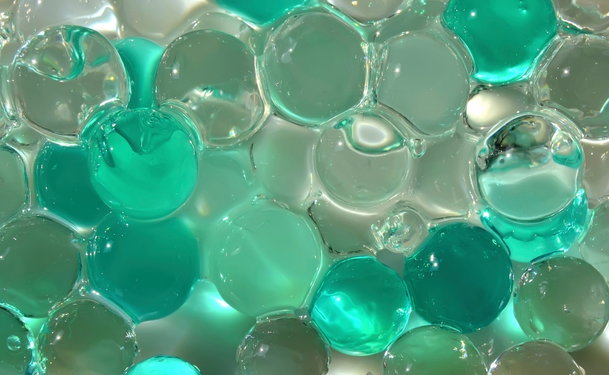 Scientists are working on a new form of contraceptive that uses sticky beads to capture healthy sperm. These beads could also be used for fertility treatments by capturing the sperm that are most likely to fertilize a woman’s egg.

The polymer beads are about the size of a woman’s egg, although slightly smaller. They are coated with the same protein—called ZP2—that sperm bind to on the surface of a woman’s egg before they fertilize it.

After a man ejaculates during sex, the sperm travel into a woman’s uterus. Normally, these sperm will swim toward a woman’s egg, if one has been released during ovulation.

The beads would act as a contraceptive by attracting the sperm to the ZP2 protein on the beads instead of the egg. If enough of the beads are injected into the uterus, none of the sperm will fertilize the egg.

Researchers tested this technique in mice by injecting beads coated with ZP2 into the uteruses of female mice. These females were then kept in the same cages as male mice. After over two months, none of the female mice became pregnant. After that time, they became fertile again.

During the two months of the study, the researchers did not notice any inflammation or other harmful side effects in the mice.

More testing and clinical trials are needed before this product would be available on the market. This is needed to make sure the product is both safe and effective. Researchers would also need to figure out the best delivery system for the ZP2 protein in women.

For example, it could be added to a contraceptive sponge which also includes spermicide chemicals. The sperm would be attracted to the sponge by the ZP2 protein and then killed by the spermicide.

If a product using this technique were approved for use, it would provide women with a non-hormonal alternative to other forms of birth control, such as the birth control pill, implant or injection.

During in vitro fertilization (IVF), sperm are mixed with a woman’s egg in the laboratory so that one of them can fertilize the egg. The sperm has to bind to the ZP2 protein on the egg in order for fertilization to occur.

Right now it is difficult to choose sperm that have the best chance of fertilizing the egg. Researchers think beads coated with the ZP2 protein could help. Sperm that bind to the beads would be ones that are good at binding to the same protein found on the egg. This is exactly what the researchers found when they tested this in mice.

The researchers also tested this on human sperm in the laboratory. As with the mice sperm, human sperm bound to the coated beads and could be removed. The sperm that bound were also better able to penetrate the outer covering of the egg, known as the zona pellucidae.

Much more testing would be needed before this could be used in infertility labs to help couples have a child.

The Top 5 Assisted Reproductive Technologies that Use Banked Sperm
How Do Vasectomy Reversals Compare to Other Options?
Vasectomy vs. Other Types of Contraception