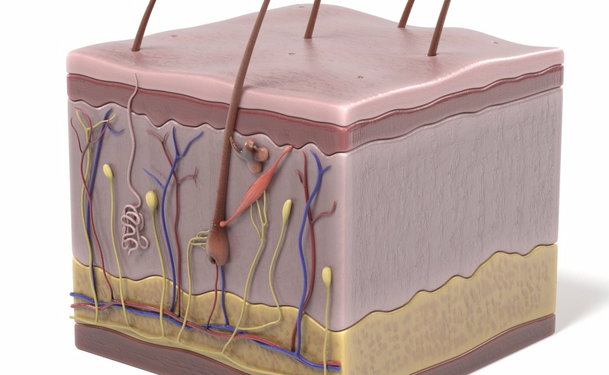 Subdermal implants are long-term reversible hormonal contraceptives for women. The implant is a small rod about the size of a matchstick that is inserted under the skin of a woman’s upper arm. And as of late, researchers have developed a prototype implant for men as well.

For female implants, it prevents a woman from becoming pregnant. The effects last for several years. At that time, it needs to be removed, and can be replaced with another implant. For the current male implant MENT, clinical testing is still underway, however it lasts one year and works by blocking sperm production using a synthetic steroid.

One type of implant contains the hormone progestin etonogestrel, which is released slowly into a woman’s bloodstream to prevent pregnancy. This is the same kind of progestin that is found in the contraceptive vaginal ring.

These implants are sold under the names Implanon and the newer NEXPLANON. These implants are almost identical. The NEXPLANON® implant contains a small amount of the radioactive substance barium. This allows a doctor to locate it on an X-ray when it is time to remove the implant. This implant is also easier for a clinician to insert under the skin.

Both of these implants are good for three years, after which they must be removed. Removal of the implant only takes about three minutes. Most women ovulate within three months after the implant is removed.

If a woman chooses, she can have another implant inserted in her arm. It can be placed in the same location, through the same incision.

Currently the only horomonal birth control implant in development for men, MENT (7α-methyl-19-nortestosterone), is an implant that is similar to the progestin subdermal device both in size and shape. The chemical it deploys is a psuedo-steroid that emulates testosterone.

Similar to female hormone implants, it slowly releases the synthetic androgen into the bloodstream where it reduces or ceases sperm production (spermatogenesis). It does this by suppressing the gonadatropin-producing hormone called GnRH, which is responsible for triggering the testes to produce sperm cells.

It is significantly more active than testosterone, and does not adversely affect the prostate like testosterone treatments do. Early studies show that MENT has no effect on the male's libido, and that it may even have a dual purpose. It can be used as a birth control method as well as a treatment for men that suffer male hormone deficiency (hypo-gonadism).

The project started in 2005 as a collaboration between the Population Council, University of California, Los Angeles, and the Medical Research Council. Trials of the implant have been conducted in Chile, Dominican Republic, Germany, United Kingdom and the United States. They are currently looking for approval in the U.S.

Side effects of subdermal implants

These implants are almost 100 percent effective. If the implant is inserted more than five days after a woman’s last menstrual period, she will need to use a backup form of birth control for the first seven days.

Women who currently have an IUD may have to wait for at least seven days after the implant is inserted before having the IUD removed. She could also avoid sexual intercourse during that time or use a condom.

As with other types of hormonal contraceptives, the subdermal implant can cause side effects, including:

Women can have an implant inserted as soon as six weeks after giving birth. They can continue to breastfeed even with the implant.

As for MENT implants, clinical testing is still in effect, and there are no known side effects at this time.

Neither male, nor female birth control methods protect women against sexually-transmitted infections such as HIV, gonorrhea and chlamydia.

Who can use progestin-only implants?

This type of hormonal contraceptive is suitable for most women, except for women who:

Progestin-only implants are also suitable for women who might have a high risk of unintended pregnancy, such as sexually-active teenagers or women undergoing an induced abortion.

Vasectomy vs. Other Types of Contraception
Why More Couples Should Opt for Male Sterilization
Male Hormonal Contraception