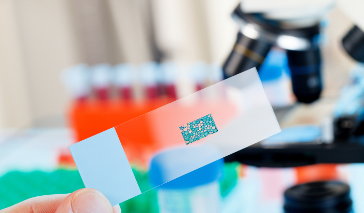 Several chromosomal abnormalities in sperm can cause male infertility. One small study in 2006 suggested that these types of chromosome problems in sperm may occur more frequently in men who have had a vasectomy reversal.

Another small 2008 study, though, found that men undergoing a vasectomy reversal did not have an increased risk of having an abnormal number of chromosomes. These men had their reversal five to nine years after their original vasectomy.

Little research has been done in this area since then. Still, even without chromosomal abnormalities, vasectomy reversals may not be 100 percent effective.

Research has found that 2 percent of men with low sperm counts have chromosomal abnormalities. In men with no sperm in their semen, this increases to 15 to 20 percent.

Some of the more common chromosomal abnormalities that can cause male infertility include:

Chromosomal abnormalities can be detected with a special genetic test. Not every man with fertility problems will undergo this type of testing. A doctor may suggest testing for one of the following reasons:

Three of the most common genetic tests in cases of male infertility are:

Genetic testing can help doctors know the chance that healthy sperm will be found in the testicles. Doctors will also be able to advise couples whether a chromosomal abnormality can be passed onto their children.

Vasectomy reversal is not always effective, so this can affect a man’s fertility. The success of the procedure depends upon many factors, including:

Vasovasostomy - During this procedure, two sections of the vas deferens are connected to form a channel through which the sperm can pass. When sperm are present in the fluid of the vas during surgery, 85 to 99 percent of men will eventually have sperm in their ejaculate. If the female partner is healthy, 40 to 65 percent of couples will have a successful pregnancy.

Epididymovasostomy - This procedure involves connecting the vas deferens to the epididymis. This is done when no sperm are found in the vas fluid. Around 60 to 80 percent of men who undergo this procedure will eventually have sperm in their semen. With a healthy female partner, the pregnancy rate is 30 to 35 percent.