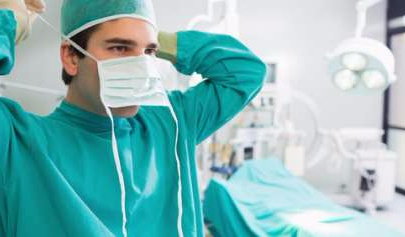 There are two main options for reversing a vasectomy, and which one your surgeon uses will depend upon what condition your vas deferens tubes are in. You won't know beforehand which technique will be best.

A surgeon usually must decide during the procedure which microsurgery to perform, and the decision is based on whether sperm are present within the vas deferens. This can even vary from one side to the other, and sometimes a surgeon may choose to use a different method on each testicle.

To determine this, the surgeon takes a sample of fluid from the side of the vas deferens that leads to the epidymis and testicle. If sperm are present, he will proceed with a vasovasostomy.

But this technique is not always possible. After a vasectomy, there is an increase in pressure within the vas deferens. Sometimes, this can cause sperm to leak out of the epididymis and get into the surrounding tissue, which can cause an inflammatory reaction called a granuloma--a tiny nodule made up of immune cells--and its presence creates a second obstruction to sperm flow (in addition to the cut vas deferens). In such cases, the additional blockage means that simply reconnecting the vas will not work and the more complicated vasoepididymostomy is necessary.

Vasoepididymostomy: Connecting the Vas Deferens to the Epididymis

Surgeon usually opt to perform an vasoepididymostomy (also sometimes also called an epididymovasostomy) when there are no sperm present in the vas deferens fluid sample (see above). Other factors that come into play in this decision are the number of years since a man's original vasectomy and what the fluid sampled from the vas deferens looks like.

Vasoepididymostomies are used in about one-third of all reversals. In this procedure, surgeons navigate around granulomas or other blockages using a special, microsurgical connection to attach the vas deferens to the epididymis upstream of the blockage. This technique is more complicated than the vasovasostomy and has a slightly lower success rate: The size of the epididymal channel is even smaller than the vas deferens, just 1/300th of an inch wide, and the connection requires a precise hand and extensive training in microsurgery.

Also referred to as mini-incision vasectomy reversal, the no-scalpel reversal is not used by most surgeons and will only be discussed briefly. In this procedure, sharp forceps are used instead of a scalpel. But there are serious drawbacks: It can't be used for vaseoepididymostomies, and it does not provide much room for a surgeon to maneuver.

The success of a vasectomy reversal is measured in two ways:

The overall success of vasectomy reversals, as measured by natural pregnancies, ranges from about 30 to 60 percent with a patency rate varying from 50 to 90 percent. A number of factors affect success rates, including number of years since the original vasectomy, the age of the man's partner, and the surgeon's choice of vasectomy reversal technique.