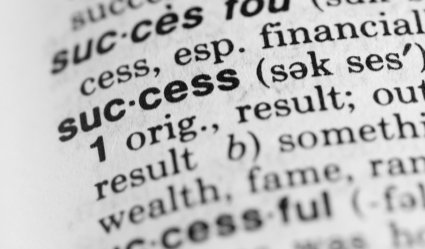 Vasectomy reversal success rates vary and a number of factors can affect the outcome, so some men are better candidates for the procedure than others.

During the original vasectomy procedure, the tiny vas deferens tubes that carry sperm from testicles to semen were severed or otherwise blocked. Rejoining those tubes is significantly more challenging than the original surgery.

Microsurgery techniques have advanced over the past few decades, improving the success rates of this delicate surgery. In the 1970s and 80s, before the development of microsurgery, patency (return of sperm to the semen) rates ranged from 79 to 88 percent. By 2004, new techniques had improved the patency rate to 94 to 97 percent.

In addition to the surgeon's skill, certain aspects of a patient's history can help predict a vasectomy reversal's chance of success.

A successful vasectomy reversal depends, first and foremost, on the skill and expertise of the surgeon.

In the most common vasectomy reversal procedure, called a vasovasostomy, a surgeon reconnects the snipped ends of the vas deferens, allowing sperm to re-enter the semen. But in some cases, such as when the vas deferens is blocked, the more extensive vasoepididymostomy is required. In this procedure, the vas is connected directly to the epididymis (the tube where the sperm mature).

Both vasovasostomy and vasoepididymostomy require precise microsurgical techniques, and a surgeon's success is directly correlated to his training and experience. Because a surgeon does not know beforehand which procedure will be necessary, it is important to find someone who has extensive experience in and is prepared to perform both surgical methods.

According to a 2004 study in the Journal of Urology, 48 percent of men who'd undergone an unsuccessful vasovasostomy had an obstruction that indicated an epididymovasostomy should have been performed instead.

Length of time since vasectomy

This used to be more of an issue before the development of more precise microsurgical techniques. An oft-cited study, published in 1991 in the Journal of Urology, suggested that the more time that passed between a vasectomy and a reversal, the lower a reversal's chances of success as measured by patency and by pregnancy.

However, a newer (but smaller) study, using more modern microsurgical techniques, found that the success rates were the same for reversals done within 15 years of the original vasectomy, ranging from 82 to 89 percent. After 15 years, however, pregnancy rates dropped to 44 percent.

Previous surgeries in the groin area, including those done to repair a hernia or prior attempts at vasectomy reversal, can affect the overall success of a vasectomy reversal. This type of surgery can cause an obstruction in the vas deferens, or restrict its position and make the reversal procedure more difficult.

Vasectomy reversals tend to be more successful if a man has the same partner he did before the vasectomy, especially if the couple previously had children. Researchers suspect this is related to their proven track record of conception.

In addition, pregnancy rates drop when the female partner is over 40. The average post-vasectomy reversal pregnancy rate for women over 40 is 14 percent, compared to 56 percent for women under 40.

Physiological hints during surgery can also indicate whether a procedure will be successful. These include:

Fluid and sperm in the vas deferens

During a vasectomy reversal, the surgeon examines the quality of the fluid in the vas deferens. The presence of both sperm and lots of clear fluid in the vas is an indication that the tubes are in good shape and should be able to successfully route sperm to the semen once they're reconnected.

According to one study, 90 percent of the men who showed these characteristics experienced a return of sperm to their semen after a reversal, and 63 percent of their partners had successful pregnancies. When no sperm was present in the fluid, however, patency was 60 percent with a 31 percent pregnancy rate. This is partly due to the need for the more complicated epididymovasostomy, but a lower sperm count could also be to blame.

The original vasectomy surgery can also affect the success rate of the reversal procedure. This includes where the vas deferens was cut along its length and the position of the incision in relation to the testicle. Depending upon the surgeon's experience, some of these may be more difficult to reverse.

During the reversal, a surgeon must also assess how much of the vas deferens was removed. If there was a blockage, or if there's insufficient tubing available to reconnect the cut ends, this can also increase the need for an epididymovasostomy.

Every vasovasostomy is unique

Vasectomy reversals are complex microsurgical procedures, and there is no guarantee that a reversal will result in future pregnancies (although if they don't, a second reversal is sometimes an option). To determine whether you are a good candidate for a reversal, speak with a qualified doctor.

Click here for more information on how to choose a vasectomy reversal surgeon, or search our directory for an experienced microsurgeon in your area.