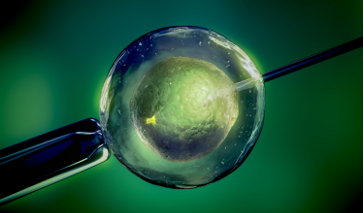 What You Need to Know About Therapeutic Donor Insemination

Artificial insemination is where semen is introduced into a woman’s vagina (cervix) or uterus through means other than sexual intercourse. If the sperm used in the procedure are from a man other than the woman’s partner, this procedure is called therapeutic donor insemination, or TDI.

Who Is TDI For?

With the rise of other artificial reproductive techniques like in vitro fertilization (IVF), TDI is not used as often as it once was. In 1990, though, it was responsible for approximately 23,400 pregnancies each year.

The semen used in TDI may be from an anonymous donor. It may also come from a donor that is known to the recipient (an intimate donor), but is not necessarily a sexual partner.

Commercial sperm banks are commonly used as the source of sperm for TDI. They provide recipients with information about the potential donors, including medical history, physical characteristics, racial or ethnic background or education.

Potential donors should be of legal age. Ideally, they should also be younger than 40 years old. This is to reduce the risk of genetic problems that may occur when sperm from older men are used.

Donors are screened beforehand and their semen is tested. Sperm banks do this for all the samples they collect. This includes checking the donor and his semen for:

Donor sperm samples are not used for at least six months after donation. During this wait time, the donors are retested for diseases that could be passed onto the recipient.

Sperm donors may also undergo psychological counseling. This is done to make sure there is no risk that the donor will later try to coerce the recipient either emotionally or financially. Donors may also be asked to clarify their feelings about future contact with a child resulting from his semen.

The insemination procedure is done without anesthetic, local or general, while the woman lies on her back. The sperm sample is placed in a syringe with a plastic catheter attached to it.

The doctor inserts the catheter into the vagina and through the cervix. The sperm are then injected into the uterus. The woman is asked to remain on her back for fifteen minutes.

Several factors may affect whether TDI is successful, including:

The success of TDI varies with many factors. Some studies have found that the pregnancy rate with TDI was between 40 and 70 percent.

Vasectomy Anatomy and Terms
The Top 5 Assisted Reproductive Technologies that Use Banked Sperm
Vasectomy vs. Other Types of Contraception