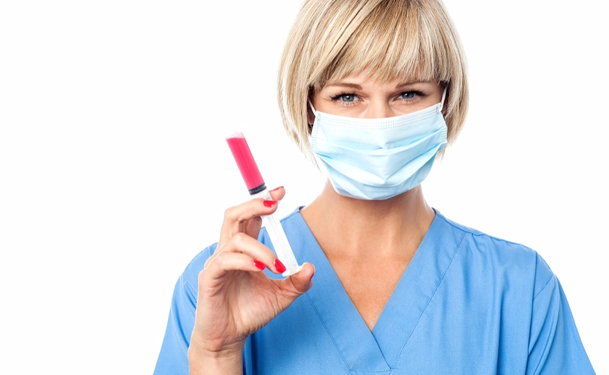 The Facts on Vasectomy Reversal Procedures

Your decision to have a vasectomy reversal is personal and private. Whether you have reconsidered or are starting a new relationship, it is important for you educate yourself, talk with a trusted physician, and be as informed as possible.

Approximately 600,000 vasectomies are performed in the U.S. each year, and as many as 5 percent of the men who had them will change their mind. But it whether the surgery was three or 30 years ago, many patients have been able to successfully father children regardless of how long it has been.

What to expect from a vasectomy reversal

A vasectomy reversal is a surgical procedure that is performed to restore fertility, and is usually performed to help a couple conceive naturally. The procedure involves the use of microsurgery to reconnect the tubes that carry sperm into the ejaculate. The procedure itself is major surgery and the detailed techniques requires an experienced hand, so should ideally be performed by a board-certified urologist who specializes in microsurgery. (See Finding a Vasectomy Reversal Doctor for more information on how to pick an experienced surgeon.)

The surgery is usually completed on an outpatient basis at a hospital or surgical center. Because it requires the use of an operating microscope, your doctor will put you under general anesthesia to ensure you remain immobile during surgery. The procedure can take anywhere from 2.5 hours (for a vasovasostomy) to as many as five hours (if the more complicated epididymovasostomy must be performed) See vasectomy reversal procedures for a description of these surgeries.

Even though reversals are a more significant surgery than vasectomies, and the rest and recuperation period is longer, the pain itself is surprisingly similar. You'll be advised to rest at home using ice and a jockstrap for about a week. After that, you can return to work, but should limit heavy exercise for four to six weeks. Most doctors also advise that you wait two weeks before resuming sexual activity, but each surgeon's recommendations may be slightly different.

Before the use of microsurgery in vasectomy reversals, only 40-50 percent of men saw a return of sperm in the semen. Now, reversals can return sperm in 75-95 percent of cases and result in pregnancy 30-75 percent of the time.

There are two common reverse vasectomy options: one is more complicated than the other, and surgeons may not be able to determine which technique they'll use until they begin the procedure and can determine how intact your sperm-delivery system is. The less extensive and more common approach used to reconnect the vas tubes is called a vasovasostomy. In this procedure, your surgeon makes a small cut in the scrotum over where the vasectomy was performed and examines the cut ends of the vas deferens tubes. She then removes a small amount of fluid from the end of the tube closest to the testicle to check for sperm: If the fluid quality is good, then the two cut ends of the vas deferens--the tubes that carry the sperm--are brought back together and sewn with sutures the diameter of a human eyelash. In these cases, the procedure's success rate is usually 85 percent or higher.

If fluid quality is not good or there is no fluid present, a blockage may have developed in the epidydimis. In these cases, your surgeon may have to follow the tube further down to the epididymis to check for blockages and reconnect the tubes in a different location. This procedure is known as an epididymovasostomy (or vasoepididymostomy) and, since it is more complex than a vasovasostomy, it has success rates between 40-60 percent.

The longer it has been since your vasectomy, the more likely it is that the epididymis could have developed a blockage or the delicate tubules that allow sperm to reach the vas deferens could have been damaged. If your doctor discovers damage or a blockage in the epididymis, he or she will have to find another way around the damaged section and then reconnect the tubes in a manner that's appropriate for your specific situation.

Most patients should expect pregnancy after a vasectomy reversal to take at least a year. While some men's results are faster than average and achieve pregnancy in just a few months after surgery, others take much longer. Patients who have a vasovasostomy typically have pregnancy rates of 30-75 percent, depending on how long ago the original vasectomy was completed. The more complex epididymovasostomy has lower pregnancy success rates, usually between 40-60 percent. Of course, the overall health of your partner and her age will also play a significant role in how quickly conception is achieved.

Research shows that patients who have had their vasectomies for only a short time--less than five years--had a greater likelihood of achieving pregnancy than patients who had waited many years or even decades to complete their reversals. Your urologist will want to collect a semen specimen every two to three months after the reversal to check for the presence of sperm in your ejaculation fluids unless pregnancy occurs first. Patients who have a vasovasostomy may see a return of sperm within just a few months, but patients needing the more complicated epididymovasostomy could take 15 months, so have patience.

What does a vasectomy reversal cost?

Reverse vasectomy costs will vary depending on a few factors, but you can expect your baseline expense to be somewhere between $5,000 and $15,000. (See How Much Does a Reversal Cost? for more information.) When discussing fees with your surgeon, make sure you ask about the total cost of the surgery, as some offices may only be quoting the surgical fee (other components are the operating facility and anesthesia fees). Sometimes you may pay more if your doctor begins your surgery and discovers that a vasovasostomy won't work. And sometimes surgeons have a fixed total fee for the procedure, regardless of which microsurgical technique is used.

Vasectomy reversals are considered an elective procedure and are not usually covered by insurance so make your financial plans early and talk with your insurance provider just to make sure.