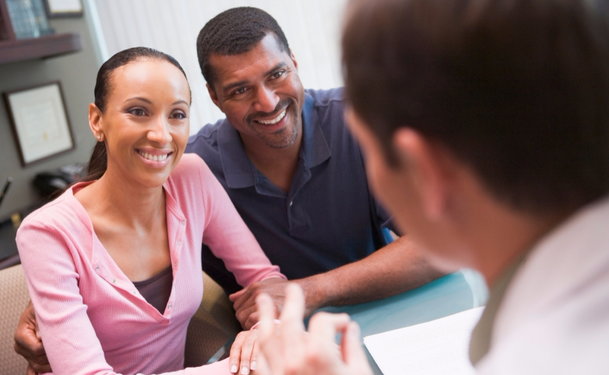 What Women Want to Know about Vasectomy Reversals

The decision to reverse a vasectomy should be considered carefully by each couple. As a woman, you may have special concerns that are difficult to express.

Vasectomy reversal (and the microsurgery involved) raises questions for both men and women. Although men need to be forthcoming about any questions, concerns and fears they share with their physician, it is just as important for women to be informed and reassured about the procedure. You may be surprised to know that many women share the apprehensions about reversal surgery that you may have.

Candid questions, correct information, and the assurance of an experienced urologist are the keys to feeling more comfortable and sure about the decision you and your spouse have made to have a vasectomy reversal. Make a list of the questions that concern you most before meeting with your doctor.

Here are some of the questions women commonly ask:

"This is my first marriage-- and his second. Will my spouse's older age affect the health of his sperm or our babies born after his reversal?"

Generally speaking, a man who has healthy sperm can reasonably expect to father a healthy child. A man's age does not affect fetal development the way a woman's does. But time does have an impact on successful conception.

The longer the amount of time between a man's vasectomy and his reversal, the less potent he may become. This is why: After a vasectomy, unreleased sperm collect in the testicles before being absorbed by the body. The body responds to the unspent sperm with a reaction that can affect, to some degree, sperm quality and health. Over time, this reaction can gradually reduce the mans sperm count, and impair sperm motility.

A successful reversal that results in pregnancy is proof that the man has a healthy, adequate sperm count. The course of pregnancy that follows a vasectomy reversal should be as normal as any other pregnancy. A vasectomy reversal merely restores sperm to the seminal fluid. It should not affect the health of an unborn baby in any way, no matter how old the man is at the time of his reversal.

"Will a vasectomy reversal affect a man's ejaculation?"

Sperm is only a tiny portion of the seminal fluid that is released at ejaculation. Just as a vasectomy does not change the volume, color, or consistency of the ejaculate, neither does a vasectomy reversal. Sperm are impossible to detect in seminal fluid without the use of a microscope. The quality, intensity and duration of a mans orgasm and ejaculate will not change after a reversal.

"How long will it be until my spouse and I can resume sex?"

Physicians usually advise that it is best to wait three or four weeks following the reversal procedure before returning to sexual activity. It will take additional time before sperm returns to the ejaculate.

Despite the greater complexity and time involved in a vasectomy reversal procedure, there is usually no lasting or noticeable difference to the feel or appearance of the scrotum.

"How soon can I expect to get pregnant?"

If reversal is successful and healthy sperm rejoin the seminal fluid, it may take 12 months, on average, to achieve pregnancy. The range, from reversal to conception, is between one and 82 months. Most couples achieve pregnancy within a year.

"Can I and should I be examined and tested for fertility first, before we decide on a reversal?"

Since many couples consider reversal surgery a costly matter, women often do choose to consult with their own physicians or fertility specialists first, to determine whether there is any question or doubt about the woman's ability to conceive and complete a healthy pregnancy.

"How long will my husband be in pain, and what can I do to help?"

You can expect your husband to experience some degree of discomfort and swelling in the first three to five days following reversal surgery. A gradually decreasing ache in the scrotal region will follow and may last for three to four weeks. His attention to doctors orders during the recovery process, lots of ice and rest, and your tender loving care will be the best medicine for your husband.

"Does a vasectomy reversal make you more, or less, susceptible to sexually transmitted diseases?"

"How old is 'too old' for a couple considering vasectomy reversal?"

All women lose the ability to conceive by late middle age. Women over the age of 40 may experience difficulty conceiving with assisted reproductive techniques (ART).

Men can remain potent and father children even after the age of 70. However, a man may not want or be able to parent a new child at a later stage of life. The older you are, the fewer the years that you have left in which to raise an infant to adulthood. And older couples often have more health problems as they age.

"My husband does not want more surgery-he says that sperm aspiration is easier and just as effective as vasectomy reversal. Is it?"

A vasectomy reversal, performed under general anesthesia, is virtually painless, more natural and more likely to result in pregnancy than an assisted reproductive technique (ART) that begin with sperm aspiration as the first step. Besides a lower rate of success, ARTs have much higher costs, involve a greater number of complex, uncomfortable procedures, and take considerably more time than that required to perform a comparatively simple and safe reversal.

In a straight comparison, reversal surgery is preferable to ART and should be considered first, unless conception and pregnancy cannot be achieved any other way.

"What if we just want one child. Would not sperm retrieval and in vitro fertility be more efficient?"

Not necessarily. The rate of multiple order births--twins or triplets--is several times higher with in vitro fertility than with natural conception following a vasectomy reversal. The risk of having twins with IVF is 20 to 50 percent depending on which IVF center one is treated at.