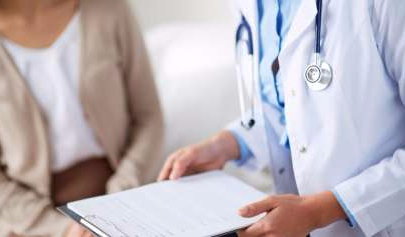 What Women Want to Know about Vasectomies

Vasectomy sterilization is considered permanent, though a reversal may be able to restore fertility. The idea of such finality after a vasectomy, however, tends to raise lots of questions, concerns and fears not just for the men undergoing the procedure, but the women in their lives.

As a woman, it is essential to be informed and reassured about the procedure. Make a list of the questions that concern you most about vasectomies before meeting with your partner's doctor. Candid questions, correct information, and the support of an experienced physician are the keys to feeling more comfortable and confident about the decision to limit the size of your family.

Here are some, but not all, of the questions commonly asked by women:

Will a vasectomy affect a man's sexual performance or ejaculation?

"Men with vasectomies should not experience a change in sexual drive after vasectomy recovery," said urologist Dr. Ryan Smith. "Sperm is only a tiny portion of the seminal fluid that is released at ejaculation." A vasectomy does not change the volume, color, or consistency of the ejaculate. Sperm are impossible to detect without the use of a microscope. The quality, intensity, and duration of a man"s orgasm and ejaculate should not change after a vasectomy.

How long will it be until my spouse and I can resume sex?

Physicians usually advise that it's best to wait a week or two following the procedure before returning to sexual activity. "It will take up to 3 months or longer in some cases before sperm is no longer ejaculated," Smith added, "so an alternative form of birth control will need to be used initially. Semen analysis results will tell you both when you can resume sex without contraception."

Does the vasectomy procedure leave scars?

Vasectomies leave minimal visible scarring or noticeable difference to the feel or appearance of the scrotum. Vasectomy is a safe, simple procedure.

After the vasectomy, how soon will it be until my husband is no longer producing sperm?

Even after the vasectomy procedure, men continue to produce sperm, which are absorbed by the body. Your husband will have one or more sperm tests following surgery, and it will take up to 12 weeks or longer before he no longer ejaculates sperm and the vasectomy is considered successful.

How long will my husband be in pain after surgery, and how can I help?

You can expect your husband to experience some degree of discomfort and swelling for the first few days after the procedure. A gradually decreasing ache in the scrotal region may follow and last for a week or so. The best medicine during his vasectomy recovery is to follow the doctor's orders for activity limitations, ice packs, rest, and your tender loving care.

Does a vasectomy make you more, or less, susceptible to sexually transmitted diseases?

How young is "too young" for a couple considering vasectomy surgery?

A man may choose not to father a child at any stage of life, but age is a subjective consideration. However, a good rule of thumb is that couples over the age of 25, who have all the children they desire, are old enough to make this personal, permanent decision.

My husband doesn't want surgery. He says a tubal ligation is just as safe, easy, and effective. Is it?

Vasectomies are performed in the office with a local anesthetic. The procedure is faster, easier, less expensive, and poses fewer risk of complications to men than does a tubal ligation for women, which must be performed under general anesthesia, requires a longer recovery period, and is more expensive.

Someone told me that the Essure procedure is an alternative to tubal ligation. What is that procedure and how does it compare to vasectomy?

The Essure procedure involves placing metal coils into the fallopian tubes with a scope through the uterus. Occlusion of the fallopian tubes then usually occurs through scarring over the ensuing months. It is complicated (requiring special expertise with internal instruments) and much more expensive than a vasectomy.

What Women Want to Know about Vasectomy Reversals
Why More Couples Should Opt for Male Sterilization
Post-Sterilization Intimacy: Sex after a Vasectomy