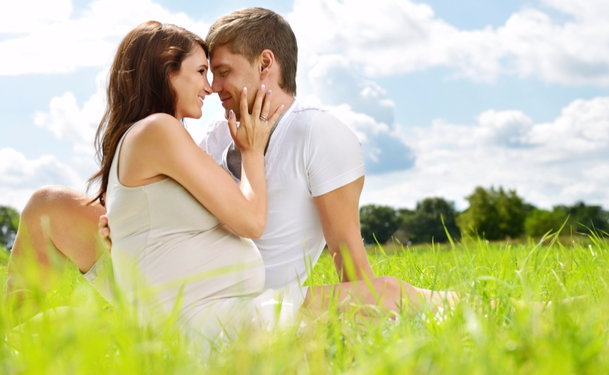 The Journey from "Bonus" to Biological Mom

My husband, Rob, became a father to a beautiful little girl long before I met him. She was born in 2003 and is now a bright and bubbly ten-year-old. But when she was only four years old, Rob made the decision to have a vasectomy. He decided hastily, at the young age of 25, and the decision was not entirely his own: His former spouse had never planned to have children, and did not want to run the risk of having any more. So, in a last ditch effort to save his marriage, he agreed to a vasectomy.

When he realized the implications of what he had done, he was heartbroken. Within hours of leaving his doctor’s office, he knew that he’d come to regret the his actions because he always knew that he wanted more children.

Fast forward about three years: Rob and I were engaged to be married. I've known ever since being a little girl, caring for my doll babies, that I wanted nothing more than to be a mother. And while Rob let me know about his vasectomy from the very beginning, he’d made it clear that—if the time came—he was open to having it reversed. Once we were engaged, we agreed that we wanted to grow our family.

Our decision to have the vasectomy reversed instead of exploring other options was a simple one. It seemed the most cost-effective option for growing our family and it didn't involve any hormones, tests, or things of that nature. We never spent a great deal of time considering other options; we always just knew it would be the reversal. We will not be opposed to trying other options if the reversal is not successful, but we are holding onto a strong faith that all will go well.

Our research about reversals began with a quick Google search, which let to disappointment. All we seemed to find in the area around us was overpriced doctors who didn't seem to connect to how deeply their work reached their patients. We wanted to find someone who truly loved what he did for a living, not just someone who went through the motions. We also needed a doctor who was as affordable as he was reputable.

We all but gave up hope for several months. Then I stumbled across an internet forum that would change our lives forever. Entitled “Trying to Conceive after a Vasectomy Reversal,” the forum helped me meet an inspiring group of people and get the advice and resources. We found a vasectomy-reversal doctor whose take on the procedure won us over. He has made his services affordable because of his spiritual beliefs and his love for the work he does. This made the choice easy for me and my husband, and it was why we traveled from Virginia to Texas for the surgery, instead of going somewhere local to us.

Six years after his vasectomy, on August 29th, 2013, Rob had it reversed and we are now on the other side. The procedure went well, and lasted just over two hours from beginning to end. I was able to stay with him throughout the procedure, after which we learned that there were sperm heads and partial tails on both sides of the original vasectomy site—something that indicates quality semen and a good chance for conception. (They even let me take a look under the microscope!)

Now, we are now patiently waiting until we can start creating a little miracle together.

To read more about my family and our vasectomy reversal experience, visit my website: FromBonusMomtoBioMom.com.

His and Hers: Vasectomy from a couple's perspective
Vasectomies From the Couple's Perspective
Comedic Relief: Stand-up comedian live-tweets his vasectomy