Home>Articles>Vasectomy>Resources>Vasectomies From the Couple's Perspective 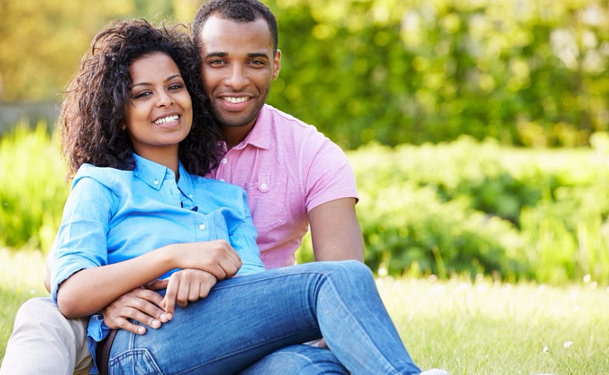 Vasectomies From the Couple's Perspective

Vasectomies are permanent, and a man should be completely comfortable with his decision to get one before scheduling the procedure. And when he's part of a couple, that decision is something both partners should discuss and agree on.

For a his-and-hers view on the subject, Vasectomy.com spoke with Amanda and Ryan Edwards. Amanda, 30, is a freelance writer and editor; Ryan, 33, is a sports-radio producer who got paid to talk about his vasectomy on-air. The couple, based in Denver, CO, has two daughters: two-and-a-half-year-old Emmaline, and one-year-old Annabelle.

V.com: What went into making the decision for Ryan to get a vasectomy? Was it an easy one?

Ryan: Easy? I guess so. It was the right thing to do for our family.

I can’t say the idea of having my balls sliced open was an exciting one, but we knew we only wanted two kids and didn’t want a third later, when we weren’t ready for a new addition. Permanent sterilization for my wife was too risky and intrusive. She went through labor and delivery for both of our beautiful girls, so this was the least I could do, right?

Amanda: It was an easy decision for us as a couple because we knew we didn’t want any more children. I shouldn’t take hormonal contraceptives since the risk for stroke and cancer runs in my family, and our track record with condoms and natural family planning wasn’t great. A vasectomy would benefit us for the rest of our lives.

V.com: Did you have any apprehension?

Ryan: Of course. When I talked to guys who had gone through the procedure, it was somewhere between “not a big deal” and “intense pain with at least a few weeks of recovery.” I don’t think I ever got a completely honest answer because, in general, guys are a little guarded about things of this nature.

V.com: Here's your chance to give an honest answer. What was it like?

Ryan: I won’t lie: It was pretty uncomfortable. I was offered an IV sedative, but I'm not a fan of needles so I opted for local anesthetic. The doctor numbed the right side first and proceeded to cut, which felt like a lot of tugging and pulling. It wasn’t sharp pain, just intense discomfort. Then came the cauterization—the smell of your own burning flesh is intense.

When he did the left side there were some issues closing the incision. He had to do more cauterization, and a few times he hit spots that hadn’t been numbed. The doc said I took it like a pro—I didn’t scream or jump off the table. I remember gritting my teeth and squeezing my shirt as hard as I could. After it was over, I got some amazing pain meds that had me singing along to Jason Mraz as my wife drove us home.

Amanda: We set Ryan up in the recliner in our living room, and we stocked up on bags of frozen peas and take-out menus. Despite being sick as a dog, I had to be the exclusive caregiver for our two children who were then 10 months and 2 years, respectively, and that was a challenge.

Ryan: The recovery was harder than I thought. Most guys told me I would be fine in a couple of days, but that wasn’t the case for me. It took about four days to feel like I could even sit in a chair at work, and I couldn’t take my super-awesome pain meds at work because they made me loopy. I was sore for 2-3 weeks, and I limped for a week or so. But after about a month, I couldn’t tell the difference.

V.com: What about emotional support?

Amanda: There were a few times when I felt it necessary to remind Ryan that he was going to be just as much of a man after the fact as he was going into it. I understand a man’s virility is often considered a measure of his masculinity but, honestly, we’re having more sex now than we were before. What’s more masculine than that?

V.com: Can you elaborate on that?

Ryan: Well, we don't have more sex now than ever, but we're having more than we were prior to the procedure. At first, it was uncomfortable to ejaculate but that only lasted a week or so and counting down the number of times until we knew we were in the clear was amusing.

Ryan: I would say sex is easier. We don't have to remember to buy condoms or find them when the time is right, so it's just easier to initiate and follow through. Less planning, more spontaneity.

Amanda: We couldn't wait to be intimate after the procedure, but I was nervous about hurting him or things feeling weird. The first couple of times were a bit awkward because he was still very sore, but we're pretty good about taking our time and communicating about what's working and what isn't. It's been 6 months now and we barely remember the adjustment period. Sex is more fun and there's less anxiety about getting pregnant. We conceived our youngest when we were using condoms so I never really trusted them after that. And it's not exactly romantic to rummage through a toddler-ransacked drawer to find them when you need them.

V.com: Ryan, when you promoted your vasectomy on-air, was it strange to talk about something so personal? Did you get any reaction from callers, listeners, or co-workers?

Ryan: Once I agreed to endorse the procedure, I had to let go of some privacy. The topic was actually well-received by listeners and there was very little teasing. In fact, we even had my doctor on the air a couple weeks after the procedure and had a good time talking about how things went.

V.com: It seems like the gig helped debunk some of the stereotypical reactions that guys have towards to procedure.

Ryan: We kept things light about the actual pain, but I felt as though we covered the topic honestly and directly.

V.com: Amanda, did you have any qualms about your husband being so candid?

Amanda: Psh! I blog about everything from our sex life to our struggles with weight loss! I think we’re both used to my tendency to overshare with pretty much everybody. I put a lot out there, especially about topics that are considered taboo or not-to-be-talked-about, because I feel we’re not alone in these things and that discussing them can help others feel more normal and well-informed. The vasectomy was just like everything else we encounter in parenthood, something I felt should be shared with others.

Amanda: Absolutely not! We don’t have to ever worry about another accidental pregnancy nor do we have to spend money on condoms or birth control pills.

Ryan: None at all. Even when I felt like crap for a few weeks, I didn’t regret anything. This was for my family so how I could I regret it? Once I got past the pain, I couldn’t even tell that anything happened.

V.com: Do you have any advice for couples considering a vasectomy?

Ryan: Decide if skipping it is worth having to use contraception with your spouse for the rest of your lives, or possibly having pregnancy scares several years from now.

Amanda: Be sure about it, and then don’t be scared. Once you’re done having children, there’s not a whole lot to be afraid of and so much to look forward to!

You can read more about Amanda and Ryan’s experience, as well as Amanda's take on birth-control issues, parenting, and more at Amanda’s blog.