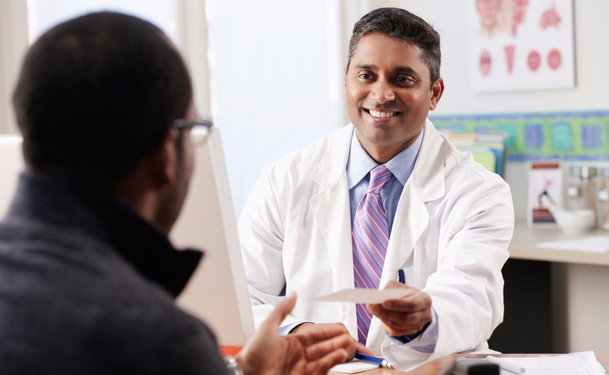 If you are considering a vasectomy, or you and your partner are discussing the option, take some time to review the answers to the most commonly asked questions about this surgical procedure. You can also obtain more in-depth information on this website and from your doctor.

What is a vasectomy?

A vasectomy is a safe and effective method of permanent birth control for men. During this outpatient surgery, the tubes that carry sperm from the testicles--the vas deferens--are cut, clamped or otherwise sealed. This prevents newly created sperm from being ejaculated in the semen, leaving the man sterile. Click here for more information on the various vasectomy procedures.

No--vasectomies do not immediately make a man sterile. After the vas deferens has been cut, sperm remain in the tube and it can take several months for them to be ejaculated or reabsorbed by the body. During this time, you can still get a woman pregnant.

You will need to wait at least three months, and ejaculate at least 20 times, to get rid of the remaining sperm. (One study found that even after 12 weeks or 20 ejaculations, only 60 percent and 28 percent of men had zero sperm counts, respectively.) To be certain that you are sterile, your doctor will ask you to take a sperm-count test at three months, and another one every few weeks after that until no sperm remain. Until then, it is important for you to use alternate forms of birth control.

How much does it cost?

A vasectomy can cost between $350 and $1,000, with some clinics charging up to $2,000. The cost depends upon the area of the country in which the procedure is performed, as well as the specific technique used.

How long does recovery after a vasectomy take?

The length of vasectomy recovery time varies, but most men are able to return to work after two or three days and can resume normal physical activities (such as running, working out, and lifting heavy objects) in three to seven days. Some minor swelling or discomfort in the scrotum, however, can remain for up to two weeks after the surgery.

Will a vasectomy affect my sex life?

After a vasectomy, you should not notice any changes in your level of interest in sex, your ability to develop or maintain erections, or your ability to ejaculate. Your orgasms should be the same as before the procedure, although you may temporarily experience mild soreness in your testicles when sexually aroused. This discomfort should last only a few months. (For more information, see Sex after a vasectomy.)

Are there risks or complications with vasectomies?

The incidence of complications from a vasectomy is very low. These can include swelling, bruising or bleeding in the scrotum, blood in your semen, or infection near the incision in the scrotum. In some cases, sperm can leak from the vas deferens to form a small lump called a granuloma that may require medication or surgery to treat.

Other side effects can include inflammation in the epididymis (the tube that carries sperm from the testicles), or risk of pregnancy if the cut ends of the vas deferens spontaneously reconnect. (Having a vasectomy, however, will not increase your risk of dementia, heart disease, or prostate or testicular cancer.

Can a vasectomy be reversed?

Vasectomy procedures are designed to be permanent, but reversal is possible in some situations. During vasectomy reversal surgery, the vas deferens is reconnected so that sperm can enter the ejaculate again. Success rates vary depending on many factors, most importantly the condition of the vas deferens and the amount of time since the original surgery. (See Is It Reversible? and The Facts on Vasectomy Reversal Procedures for more information.)

Rather than undergoing reversal surgery, doctors may also be able to retrieve sperm (a procedure known as sperm extraction) directly from the testicle or epididymis for in vitro fertilization (IVF).

But both procedures can be expensive and are not usually covered by insurance. The price of a vasectomy reversal ranges from $4,000 to $15,000, depending on location and technique used, among other things. Sperm extraction costs between $1,000 and $3,000, and the IVF procedure another $10,000-15,000.

How effective is a vasectomy?

Vasectomies are more than 99 percent effective: In the first year after a vasectomy, only one to two women out of every 1,000 becomes pregnant by their partner.

Are vasectomies covered by insurance?

Vasectomy is often covered by health insurance. Depending on your personal plans deductible and co-insurance, however, your insurance policy may or may not cover the entire cost of the surgery. Check with your insurance company before scheduling a procedure.

Does a vasectomy affect ejaculate?

A vasectomy has very little effect on ejaculate itself. Semen consists of sperm, fluid from the seminal vesicles, and fluid from the prostate gland. During a vasectomy, strictly the vas deferens is blocked, not the seminal vesicles or prostate, so sperm is the only thing missing from the ejaculate. (Sperm comprise only 2-5 percent of typical ejaculate, so removing them has little or no effect on the volume, appearance, color, or consistency.)