Home>Articles>Vasectomy>Faq>Vasectomy: Is It Right for You? 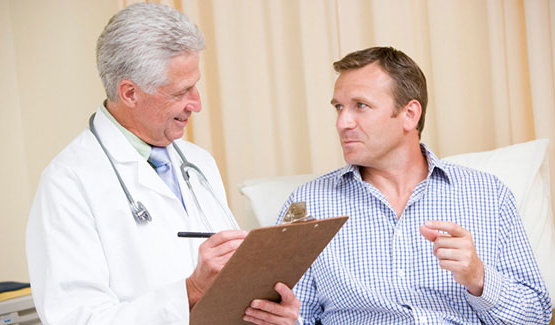 Vasectomy: Is It Right for You?

There are numerous birth control options available today, everything from the oral birth control pill and intrauterine device (IUD) for women to the male sterilization procedure known as a vasectomy. The vasectomy procedure is a permanent and safe method of birth control that works by severing the vas deferens to prevent sperm from flowing from the testicles to the seminal fluid. The procedure has a number of benefits but, because should be considered permanent, it may not be the right choice for you. Any man considering a vasectomy should engage in a serious and frank discussion with his physician and his partner (if he has one), to determine if a vasectomy is the right option.

Sterilization Is A Permanent Decision

Becoming a father is a serious undertaking that involves a lifelong commitment. Some men may be sure of their desire to not have children. Others may feel as if their family is large enough. Regardless of your position on these issues, the decision to have a vasectomy should not be undertaken lightly. This procedure should be considered permanent birth control. Although surgical techniques now exist that make it possible to reverse a vasectomy, it is a difficult and expensive microsurgery. The vasectomy reversal success rate for pregnancy varies between 40 and 75 percent. In addition, many insurance plans will not cover a vasectomy reversal. As a result the patient can have out of pocket expenses that may range from $5,000 to $25,000. Instead of reversing the vasectomy, sperm can be aspirated (i.e., sucked out) from the testicles or epididymal ducts. This sperm can only be used for in vitro fertilization, which is even more costly than the vasectomy reversal. Thus, if the decision is made to have this procedure, an assumption should be made that it is a final choice.

Myths and Misconceptions about Vasectomy

Truth: Vasectomy does not affect semen volume. The common misconception that after vasectomy men "shoot blanks" is untrue. Ninety-eight percent of semen volume is from the prostate and seminal vesicles, thus, after vasectomy, there is no noticeable change in the amount, appearance, smell or taste of semen. The only way to know if a man has had a vasectomy is by looking at the semen under a microscope to confirm the absence of sperm.

Myth #2: I can stop using condoms right away.

Truth: Men are not sterile immediately after vasectomy. It takes about 15 ejaculations or six weeks to wash out the sperm stored beyond the vasectomy site. A semen analysis showing no live sperm must be done before stopping contraception.

Myth #3: Vasectomy could make me impotent.

Truth: Vasectomy has no effect on sexual function. It does not go anywhere near the penis or its nerves. In fact, most couples find the vasectomy improves their sex lives because it eliminates the fear of unwanted pregnancy.

Consider the Needs of Your Partner Before a Vasectomy

Men in committed relationships should consider talking with their partners to determine if a vasectomy is the right choice for birth control. While the ultimate decision is up to you, it is important to discuss all birth control options with your partner to determine whether or not a couple's family is complete or if children (or more children) will be wanted in the future. It is important to note that a vasectomy will not solve problems in a marriage, nor will it alleviate sexual difficulties. Talking to your partner may help you identify why you are having the procedure and help you determine if it the decision is the right one.

The decision to have a vasectomy is a personal choice that should be made for the right reasons. Those considering a vasectomy should not feel pressured by their partner to have the procedure. Further, men considering this birth control method should not make the decision for emotional or financial reasons. Men that choose a vasectomy must be confident in their decisions regarding family life and children.

When Genetic Issues Cause a Vasectomy Decision

Men considering a vasectomy may also make the decision to have the procedure because of worry or concern about passing on certain genetic conditions. Although many genetic conditions require genes to be passed on to the child from both parents, there are some genetic conditions that can be inherited from the genes of one parent. Men that have the genes for conditions such as Huntington disease, achondroplasia (dwarfism) or Marfan syndrome may choose to have a vasectomy to prevent passing on these genes to their children. In these cases, patients may wish to consult with a genetic counselor to assess the risk and to determine if a vasectomy is the best birth control choice.

Who Is the Best Candidate for Vasectomy?

While there are no set guidelines for the ideal vasectomy candidate, several characteristics should be taken into consideration when making this decision. The best candidates for vasectomy may include: