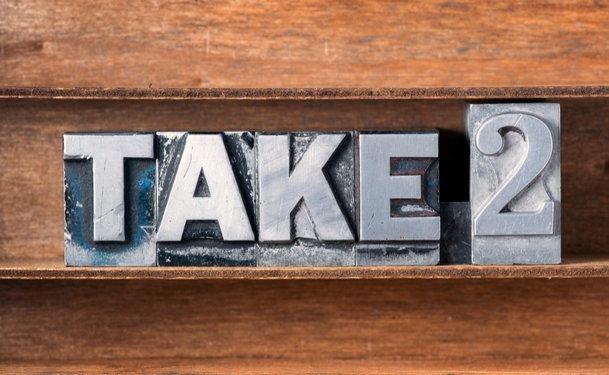 If you have experienced the frustration and disappointment of an unsuccessful vasectomy reversal, you may want to ask a microsurgeon whether another attempt might be worth it.

In general, first-time vasectomy failures most often occur when the procedure is not performed in an accredited operating room, under general anesthesia, and using microsurgery techniques. This is why it is particularly important to choose your surgeon carefully. Another common reason for failure is that an undetected epididymal blockage was present, and the wrong type of procedure (a vasovasostomy rather than an epididymovasostomy) was performed. success rates for a second reversal are slightly lower than for first-time procedures.

Additionally, some patients are more prone to heavier scarring, and the vas deferens can narrow and scar at the location of the reversal. The following information can help you understand the reasons why a first reversal might have been unsuccessful and lays out some factors to consider if you are thinking about giving it another go.

Why Do Vasectomy Reversals Fail?

The vasectomy reversal procedure is a meticulous microsurgery that normally takes several hours and requires a powerful surgical microscope. During a reversal, microsurgeons use suture material finer than a human hair to stitch through multiple layers of delicate tissue and connect the vas tubes, either to each other (a vasovasostomy) or to an epididymal tubule (vasoepididymostomy). Precision and accuracy are crucial to the procedure's success rate.

There are a number of reasons that might explain why a vasectomy reversal attempt fails. The first is structural: If there's a blockage in the epididymis that wasn't discovered during the first reversal, if the newly connected vas has constricted due to limited blood supply, or if the original vasectomy or first reversal procedures caused excessive scarring, even the healthiest sperm won't be able travel through the system and into the ejaculatory duct.

Vasectomy-reversal failure can also result if a good amount of time has passed since the original vasectomy operation. The longer it's been since a vasectomy was performed, the lower the chances of success. Reversals can also fail if the doctor who performed the first reversal didn't use microsurgical technique, had limited experience with the microscope or the procedure itself, or performed a vasovasostomy when a vasoepididymostomy would have been more effective.

For a second-attempt reversal, you'll want to carefully select a board-certified urologist who is a trained microsurgeon, who is experienced in the technique, and with whom you feel comfortable. It's important to ask how often the surgeon performs microsurgical vasectomy reversals and what his or her personal success rates are. For more information, see: How to find and choose a vasectomy reversal surgeon.

If your vasectomy-reversal doctor finds that the vas deferens tubes have little damage from the first reversal surgery, the chances of a successful second attempt are fairly good. Once the condition of the vas deferens has been determined, the surgeon must choose which of the vasectomy reversal techniques to employ.

When the vas deferens appears healthy and doesn't have a lot of scar tissue from the first vasectomy attempt, a surgeon will usually do another vasovasostomy. But if injury to the vas deferens is more extensive, or if a surgeon believes that the epididymis is scarred or blocked, a vasectomy reversal re-do becomes more complicated.

In these cases, the more effective approach is usually a vasoepididymostomy, which is a longer and more complex procedure than a vasovasostomy. With a vasoepididymostomy, the surgeon attempts to bypass the obstructed or damaged portion of the vas by reconnecting directly to the epididymis.

Are You a Good Candidate for a Vasectomy-Reversal Redo?

The best candidates for a repeat vasectomy reversal are those men who are in generally good health and who showed evidence of healthy sperm in their seminal fluid during the first reversal procedure.

However, surgeons must consider other factors when they're evaluating whether someone is a good candidate for the procedure. Men who needed a vasoepididymostomy for their first reversal procedure are usually not good candidates for a second attempt. Additionally, if the first surgery created excessive scarring or damage, a repeat vasectomy reversal may not do much good. And if the first reversal left the vas deferens too short, even the most advanced techniques may not be sufficient to reconnect the severed tubes.

Find a vasectomy reversal doctor in your area. Contact him/her for an appointment and get answers to your important questions.