Home>Articles>Vasectomy>Faq>Why Sperm Bank before a Vasectomy? 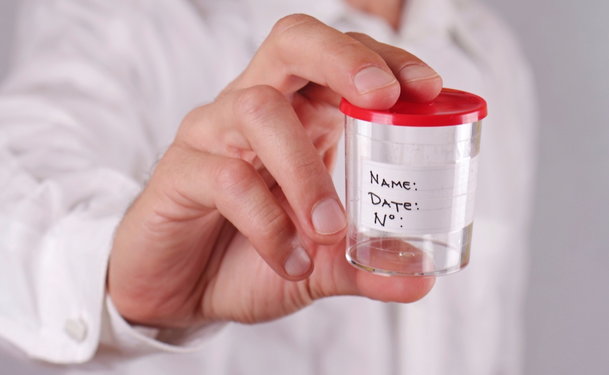 Why Sperm Bank before a Vasectomy?

Sperm banking is the collection, freezing (cryopreservation), and storage (cryobanking) of healthy sperm. Sperm are stored at very low temperatures and can remain useful even after many years of storage. Such long-term storage provides a non-surgical option if couples decide to get pregnant after a vasectomy. But not all sperm survive freezing, so sperm banking should not be seen as a fail-safe option.

Each year, approximately 527,000 men in the U.S. opt for a vasectomy. And while vasectomy should be seen as a permanent form of birth control, around 6 percent of these men will end up requesting a reversal in order to have a child. Such a change of heart can happen when:

While success factors for restoring fertility with a vasectomy reversal are good, in many situations it may not be a "sure bet." That's why banking your sperm before you undergo a vasectomy procedure may be worth considering, especially for younger men who are more likely to change their mind about having children.

Sperm is typically collected at a sperm bank. If this isn't convenient or practical, you sometimes have the option of collecting your own sperm at home and shipping it to the sperm bank using special packaging. The sample's freshness, however, can affect the sperm's viability, so it's best to provide sperm at a facility if you can.

Just one ejaculation provides anywhere from one to six vials of sperm for banking. You may want to plan on banking more than this, though, especially if you decide to attempt multiple pregnancies later on. To build up your sperm count, you'll want to wait at least two days between collecting sperm samples.

In order to use the banked sperm, some form of assisted reproduction method, such as in-vitro fertilization, is necessary. (See Alternative Reproduction Techniques.) The cost of these procedures, along with sperm banking, are generally not covered by health insurance.

The costs and procedures involved in sperm collection and banking are of little concern if you can't count on the quality and medical integrity of the services and facility that you choose. That's why it's important to check the accreditation of a sperm bank before providing a sample.

Universities and state or federally funded sperm banking programs must meet rigorous professional and regulatory standards, inspections and certifications. These include:

Is Sperm Banking Right for You?

Only a small number of men who have a vasectomy ever use their banked sperm -- around 2 percent, according to a study done by researchers at Australia's Monash Medical School in Richmond, Victoria.

For those men who end up not using their frozen sperm, the additional expense of banking sperm may feel frivolous. Nevertheless, sperm banking offers a back-up plan and some men can benefit more from banking sperm before a vasectomy. This includes those men younger than 30, who are more likely to change their minds about having children.