Home>Articles>Vasectomy>Resources>Checking Your Sperm Count after a Vasectomy 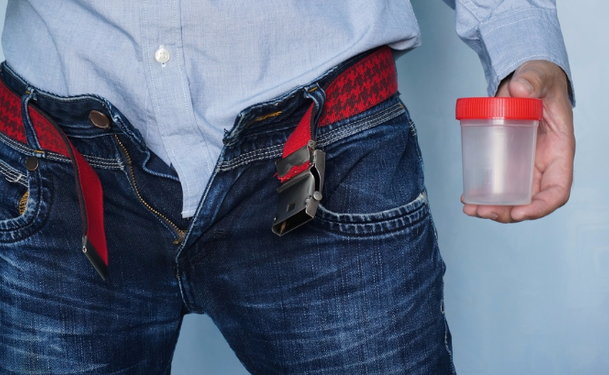 Checking Your Sperm Count after a Vasectomy

When you decide to have a vasectomy, the process doesn’t end after the procedure—there's still the sperm count test! Couples can end up with a surprise pregnancy because they did not use birth control immediately after the vasectomy and avoided a subsequent sperm test. If you follow through with proper testing, then your vasectomy will be a successful and permanent birth control procedure.

Why do you need a sperm count test after your vasectomy?

It's crucial for men to have their sperm count checked to ensure that it’s safe to have sex without a condom or other form of birth control. After a vasectomy, your semen analysis must show no sperm or only a few residual, non-moving sperm before having unprotected sex. This can take some time after your procedure because sperm can live in the severed vas deferens for months. Your doctor will advise you when it's safe to use the vasectomy for contraception.

How is your sperm count tested?

Checking your sperm involves a semen analysis, which usually is performed at a clinic or urologist’s office. A standard semen analysis measures sperm count, motility, and morphology; however, men who had a vasectomy only need to consider sperm count as a factor. Before a sperm test, men should avoid ejaculation for 24 to 72 hours. For the best results, semen must be kept at body temperature and tested within 60 minutes of leaving the body.

Can you test your sperm count at home?

"Sperm counts can be assessed at home," said urologist Dr. Ryan Smith. "However, because these commercially-available instruments are not able to confirm that zero sperm is present, most urologists do not recommend they be used to confirm the success of a vasectomy. Until technology improves, a semen analysis should be done in the clinic or a laboratory setting following your vasectomy."

How long can sperm last after a vasectomy?

After a vasectomy, some sperm may still be present in the severed vas deferens, and they can still make their way to the egg. "It takes upwards of 20 ejaculations or more for sperm to clear," added Smith, which is approximately three months based on weekly ejaculations. After that period, men should have their sperm count checked.

How many times do you need to have your sperm checked?

After the initial post-vasectomy sperm test, if the sperm count is at zero, then you probably won’t need another test, but you can recheck later if you desire. If sperm is still present, then a follow-up test will be required until the count is zero or only a few non-moving sperm remain.

Do you need to test your sperm count long-term?