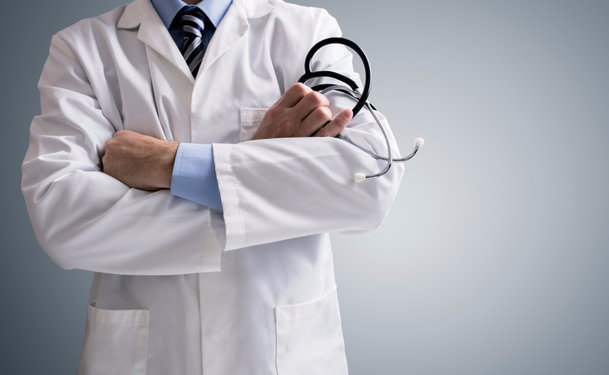 What You Can Expect from the Vasectomy Reversal Procedure

If you're thinking about a vasectomy-reversal microsurgery, you probably also have concerns or questions about what to expect.

Generally, vasectomy (or vas) reversals are performed in an outpatient setting and typically last anywhere from 2 to 5 hours. Costs vary, but the price usually ranges from $5,000 to $15,000 depending on the complexity of the procedure.

Below, find a summary of what to expect before, during, and immediately following the reversal procedure.

Before: preparing for the vasectomy reversal

In the week before the procedure, you should stop taking any drugs or supplements that act as blood thinners—such as aspirin, ibuprofen, warfarin (Coumadin), vitamins C and E, and fish oil—to reduce the amount of bleeding during and after your surgery.

Make sure your doctor has a list of all the medicines (including over-the-counter drugs), vitamins, and herbs you use. You'll be asked to fill out forms detailing your medical history, previous surgeries, health issues, allergies, and food or drug reactions.

The day of surgery

When you head to your doctor's office on the day of the procedure, wear loose-fitting pants, bring tight-fitting underwear or an athletic supporter to wear afterward, and should have made arrangements for someone else to drive you home.

Once you check in, you'll change into a gown and, unless you did so at home, a prep nurse will clean and possibly shave your scrotum. Some doctors also like to give their patients a mild sedative to help prepare them for general anesthesia.

General anesthesia serves two purposes: First, because you'll be unconscious, you'll be unaware of any pain sensations. Second, it ensures that you're completely immobile since even the slightest movement can interfere with delicate microsurgery procedures. An anesthesiologist will stand by through the whole procedure, maintaining your oxygen flow and other body functions. After the anesthesia takes effect, your anesthesiologist will insert an endotracheal (ET) tube in your throat to keep your airway open and to help you breathe. It will be removed when you are in the recovery room and breathing on your own but may cause a sore throat for a short while afterward.

The procedure: vasovasostomy or vasoepididymostomy

Vasectomy reversals require a high level of skill, as these microsurgeries involve microscopic visualization and tiny, extremely precise tools to restore fertility. There are two types of reversal surgeries—a vasovasostomy and a vasoepididymostomy—and, unfortunately, there is usually no way for a surgeon to know which procedure you will need until you are on the operating table.

First, the surgeon will make two, small cuts on either side of the scrotum to locate the vas deferens and find the site of the original vasectomy. These vas tubes were severed during the original vasectomy and need to be reconnected to allow sperm to once again flow into the ejaculate. To ensure there's no blockage that prevents sperm from traveling to the ejaculatory duct, all scar tissue is removed, then the fluid is extracted from the vas deferens and analyzed to see if it contains sperm.

If sperm is present, your surgeon can perform a vasovasostomy, the most common type of vas reversal. During this procedure, a surgeon sews the two ends of the vas deferens back together with several layers of minuscule sutures. Once they've been reconnected, he'll close the incision and you'll proceed to the recovery room.

In some men, however, a blocked epididymis prevents sperm from entering the vas deferens. In such cases, the surgeon must perform a more complicated procedure called a vasoepididymostomy (also called an epididymovasostomy). To do this, the surgeon has to find a way to bypass the blockage and connect the vas to a different area of the epididymis. This procedure adds complexity and several hours to the surgery, making it more expensive.

After surgery, you'll remain in a recovery room until you're alert, urinating, and breathing on your own. You'll have ice packs placed around your scrotum to reduce pain and swelling. Depending on how you react to anesthesia, you may also experience some nausea; if you get too uncomfortable, medications can help you feel better and prevent vomiting.

You'll be given a prescription for pain relievers (although most men switch to over-the-counter analgesics such as ibuprofen or acetaminophen within a few days). There may be some temporary scrotal bruising or swelling, and you'll need to stay in bed the day after surgery and apply ice packs to the scrotum. Your doctor will also advise you to take it easy for a few days and to avoid any heavy lifting or strenuous activities for about a month.

Vasectomy reversal can be up to 97 percent successful in restoring sperm flow. The end result of either vasectomy reversal, therefore, should be that sperm can once again travel through the vas deferens to the seminal vesicles.

However, the timeframe in which sperm return to the ejaculate varies based on the amount of time since the original vasectomy, as well as the type of vasectomy performed and the experience of the microsurgeon performing the procedure.

After vasovasostomy, it can take up to three months for sperm to appear in the ejaculate, although in some cases it may take only a few short weeks. Vasoepididymostomy (or epididymovasostomy) may have lower success rates when it comes to restoring sperm to the ejaculate. It can take longer, ranging from six months to one year.

Success rates for both vasectomy types are higher when an experienced microsurgeon performs the procedure.