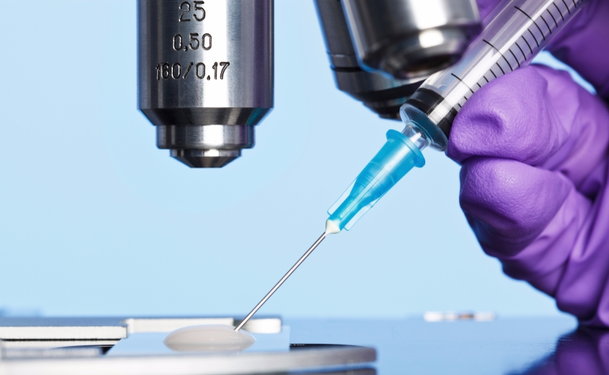 Testicular sperm extraction, TESE, is a technique for retrieving sperm from the testicles of men in order to help them father a child.

It is used when men have non-obstructive azoospermia. In this condition, no sperm show up in the semen, but there is no blockage in the tubes that carry the sperm from the testicles.

Non-obstructive azoospermia occurs when the testicles do not produce sperm normally. This can have several causes, including:

Men who are diagnosed with cancer can use sperm banking before they undergo chemotherapy or radiation therapy. If the cancer treatment affects their fertility, they will still be able to use the frozen sperm to father a child. However, many men are not aware of this option or don’t take advantage of it.

Although men with non-obstructive azoospermia don’t have sperm in their semen, most often some part of their testicle still makes sperm. Treatments like TESE attempt to collect sperm from those regions for use with an assisted reproductive technique—intracytoplasmic sperm injection (ICSI) during in vitro fertilization (IVF).

Retrieval of sperm by TESE is done before or on the same day that the female partner is having an IVF cycle. That way, the egg retrieved from the female can be fertilized right away with the retrieved sperm.

TESE is done either under local or general anesthesia so the man will not feel the procedure. After the area is numb or the man is asleep, the surgeon makes a very small cut (incision) in the middle of the scrotum.

A powerful operating microscope is used to locate areas of the testicles—seminiferous tubules—that are swollen, which means they contain sperm. One or more small pieces of testicular tissue containing sperm are removed (biopsy). Sperm are isolated from this tissue.

The surgeon then closes the incision with a suture. There should be little or no scarring.

Men who undergo TESE may have a small amount of pain in the area after the procedure. They can use an ice pack on the scrotum for the first 24 hours to relieve the pain. The doctor may also suggest pain medication.

Some studies found that doctors using TESE were able to retrieve sperm from the testicle of 60 to 72 percent of men with non-obstructive azoospermia. This included difficult cases, such as men with Klinefelter syndrome. Other clinics report a slightly lower retrieval rate.

Pregnancy was possible in about 45 to 55 percent of cases, once sperm were obtained. Other studies, though, have found lower pregnancy rates.